Case of the Month
The Case
|
Photos
|
Answer 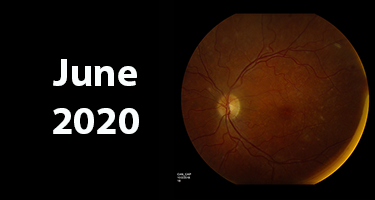 The patient was a 47-year-old man with a sudden loss of vision in the right eye one month after cataract surgery at the end of which Triesence was injected. He had pain, redness, and photophobia. The past medical history was remarkable for gonorrhea 20 years previously. He denied recent weight loss, fatigue, general weakness, nasal, oral, or genital ulcers, chest pain, shortness of breath, abdominal pain, muscle pain, arthritis, rash, hair loss, headaches, dizziness, tinnitus, or hearing loss.  He denied recent foreign travel or exposure to animals.

The visual acuity was hand motions OD and 20/25 OS. Anterior segment examination was remarkable for 1+ cells OD and OS was quiet. Both eyes had a posterior chamber intraocular lens. Posterior segment examination revealed 2+ vitreous cells and fluffy round white aggregates on the posterior hyaloid in the right eye. The left vitreous was quiet. The blood vessels in the right eye were attenuated with some sclerosis in the temporal half of the retina. The right fundus and periphery had confluent retinal whitening with a distinct curvilinear border, and there were multiple blots of deep yellowish material. Centrally, there were intraretinal hemorrhages. In the left eye, there were multiple small, deep, yellowish spots, primarily in the inferotemporal macula. OCT showed disruption of the deep retinal layers in the right eye, and fluorescein angiography of the right eye revealed large areas of nonperfusion, particularly temporally.

Laboratory testing was remarkable for a positive FTA Abs and RPR. HIV was negative, and CRP and ESR were normal. The PPD showed 5 mm of induration. The intravitreal Triesence likely contributed to the degree of involvement of the right eye. The patient was treated with doxycycline due to a penicillin allergy and the inflammation in the right eye subsided.

What is the source of the deep plaque and subretinal fluid in the left eye and what treatment, if any, would you recommend? 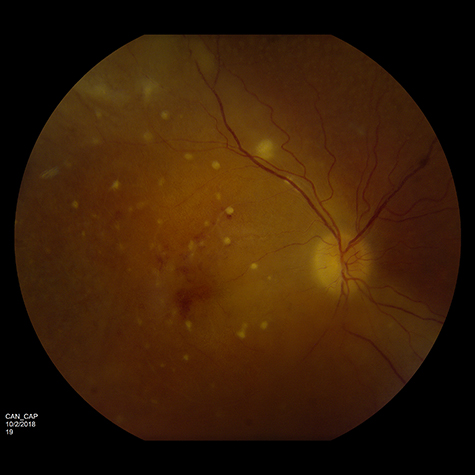 Right eye posterior pole. Note the fluffy balls of inflammatory material in the vitreous, the retinal whitening and cotton-wool spots due to ischemia, the whitening of a superior macular artery, and the central intraretinal hemorrhaging. 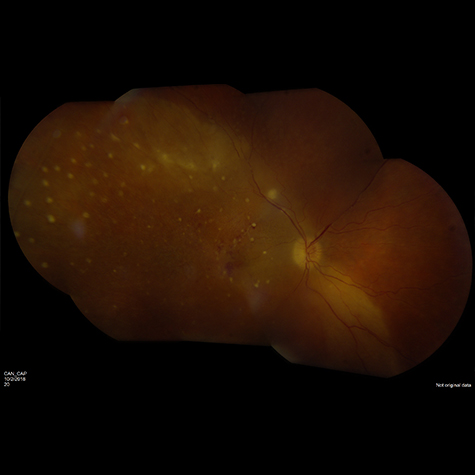 Right eye montage: note the disc pallor and the broad area of retinal whitening due to ischemia from about 5:00 to 10:30. 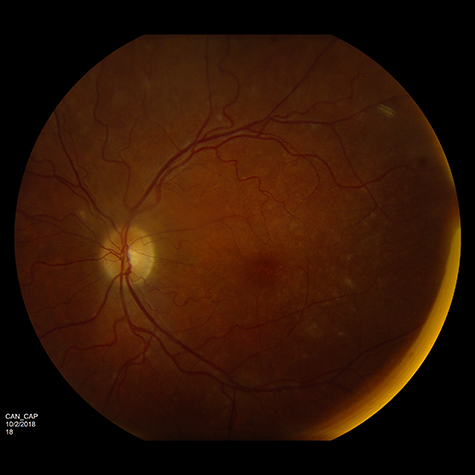 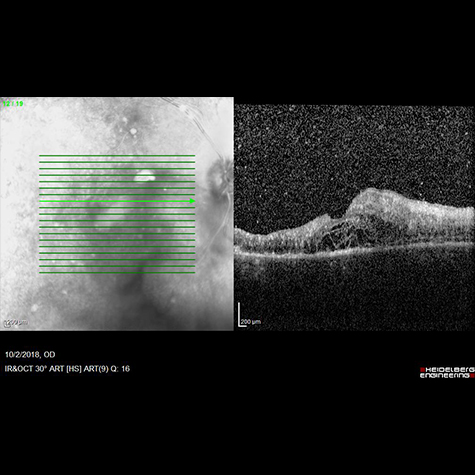 Right eye OCT: note the loss of inner retinal structures and reflectivity due to edema and hemorrhaging and swelling and disruption of deep retinal layers centrally. 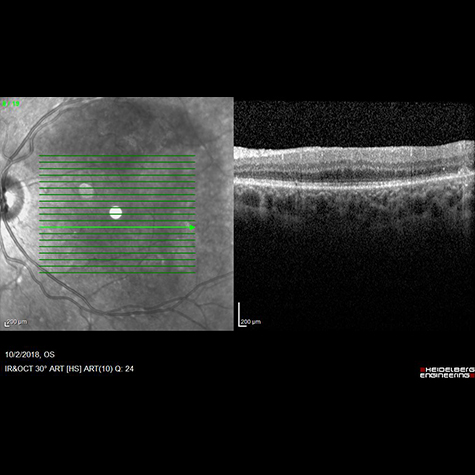 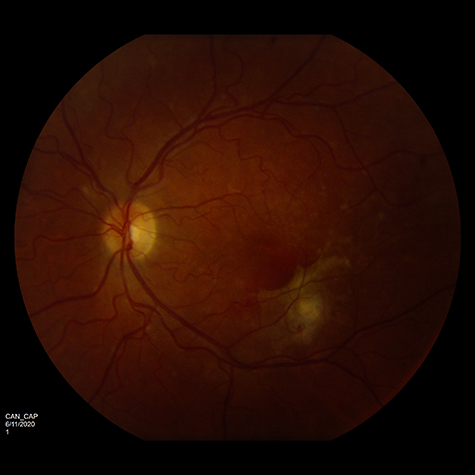 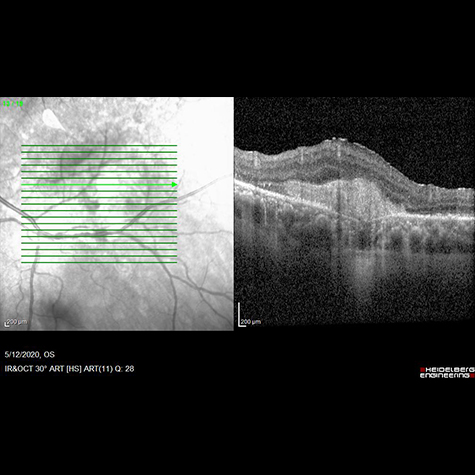 There is deep fibrosis and loss of the deep retinal layers, and there is overlying subretinal fluid. 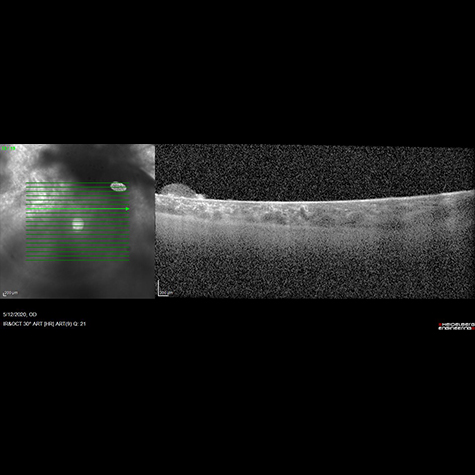 Two years later, neovascularization due to ischemia has resulted in a moderate vitreous hemorrhage. There is complete atrophy of the retina with a focal area in this slice of disorganized material.
The Answer

Stay Connected with Us

This website is provided solely as an informational resource including medical information or information relating to medical services and clinical testing of drugs. It is not intended to serve as medical advice, represent or warrant the efficacy, safety, appropriateness for a particular purpose or the likelihood of any drug or medical product.

Thank you! Your submission has been received!
Oops! Something went wrong while submitting the form